Graphika Manila 2017 was held at the SMX Convention Center, Mall Of Asia Complex last January 21-22. The 2 day event pave the way for international and local artists to share their knowledge about their respective fields: illustration, film, 2D & 3D animation, visual effects, painting & graphic design. Every speaker offered tips, tricks and different charms, and I just can’t help but to fangirl.❤

Here are some of my personal takeaways from the speakers of the event.

GENESIS MOTION DESIGN represented by Benjamin Ang. They are a motion graphic agency based in Singapore. They designed the branding for Graphika Manila 2017.

DARYL FERIL is an illustrator based in Bacolod City. His works were featured by various international brands such as Louis Vuitton, Tory Burch, The Walt Disney Company, Belo Medical Group to name a few. His elegant works of chaos and beauty are close to my heart. I can say that one of his charms is his humility. Also, his hair tips are awesome!

RARE VOLUME represented by co-founder & creative director Jonathan Kim, is a design and technology studio based in New York City. They are known for motion and interactive installations for top brands such as Nike, Samsung and Disney. Did I mention that Jonathan is a good dancer? He really is, he showed the audience some dope moves after his presentation.

STATE DESIGN is a design-driven production studio based in Los Angeles California, represented by Creative Director/ Founder  Marcel Ziul.  A combination of illustration and live-action animation lead to creating unique commercials for top clients such as the NFL, FIFA World Cup & Nickelodeon.

GARY BASEMAN – All I can say is that Toby stole the show hahahah. Gary and Toby has traveled to every country possible to promote art through painting, performance and fashion. Some may find  Gary’s art style disturbing, but his art has deep bittersweet meanings to it.

INDUSTRIAL LIGHT & MAGIC was represented by Visual Effects Art Director, Thang Le. They basically created the visual effects for the films that I love watching: Rogue One Star Wars, Iron Man, Battleship, Tomorrowland, Mutant Ninja Turtles, The Last Airbender. The behind the scenes on how they created the effects, left us audience speechless.

JOHN ED DE VERA is a multidisciplinary designer based in Manila. He is noted for his detailed paper cutting technique, experimental art and typography works.

RIZON PAREIN Neon, another neon, one more neon. His talent and passion for graffiti combined with colorful and playful 3D designs lead the way to working with Jay Z & Nike.

KERBY ROSANES, is the author of New York Times Bestseller, Animorphia & Imagimorphia Coloring Book for Grown-ups . The spontaneous whimsical elements in his designs are captivating. He discussed  how he started as an illustrator. He also gave topics on SEO and tips on merging two different fan base in one illustration.

AVID LIONGOREN of Rocketsheep Studio is a good goofball of sunshine. The 12 year journey of creating “Saving Sally” was heartbreaking and inspiring at the same time. Working with what they had and an attitude to commit on finishing a project, lead to the success of their animated film.

ARTGERM  I’ve finally met one of my all time favorite illustrator, Stanley Artgerm Lau. He talked about the importance of creating a community of fans. I wanted to have a signed copy of his prints but on the first day, his prints were all sold out. Good thing that we were able to take a picture with him.

MR. BINGO was funny and entertaining. His Hate Mail Project involving sending offensive postcards to strangers was a big hit. During his presentation, he also revealed that he’s passionate about rap music. He then showed the process of creating a Rap Video for his Kickstarter page.

The event ended with a high note of cheer and laughter. As one of the 3,000 participants, of this successful creative conference, I can say that it was fun, inspirational, and worth it. You can never put a price on the knowledge shared by these speakers from around the globe. 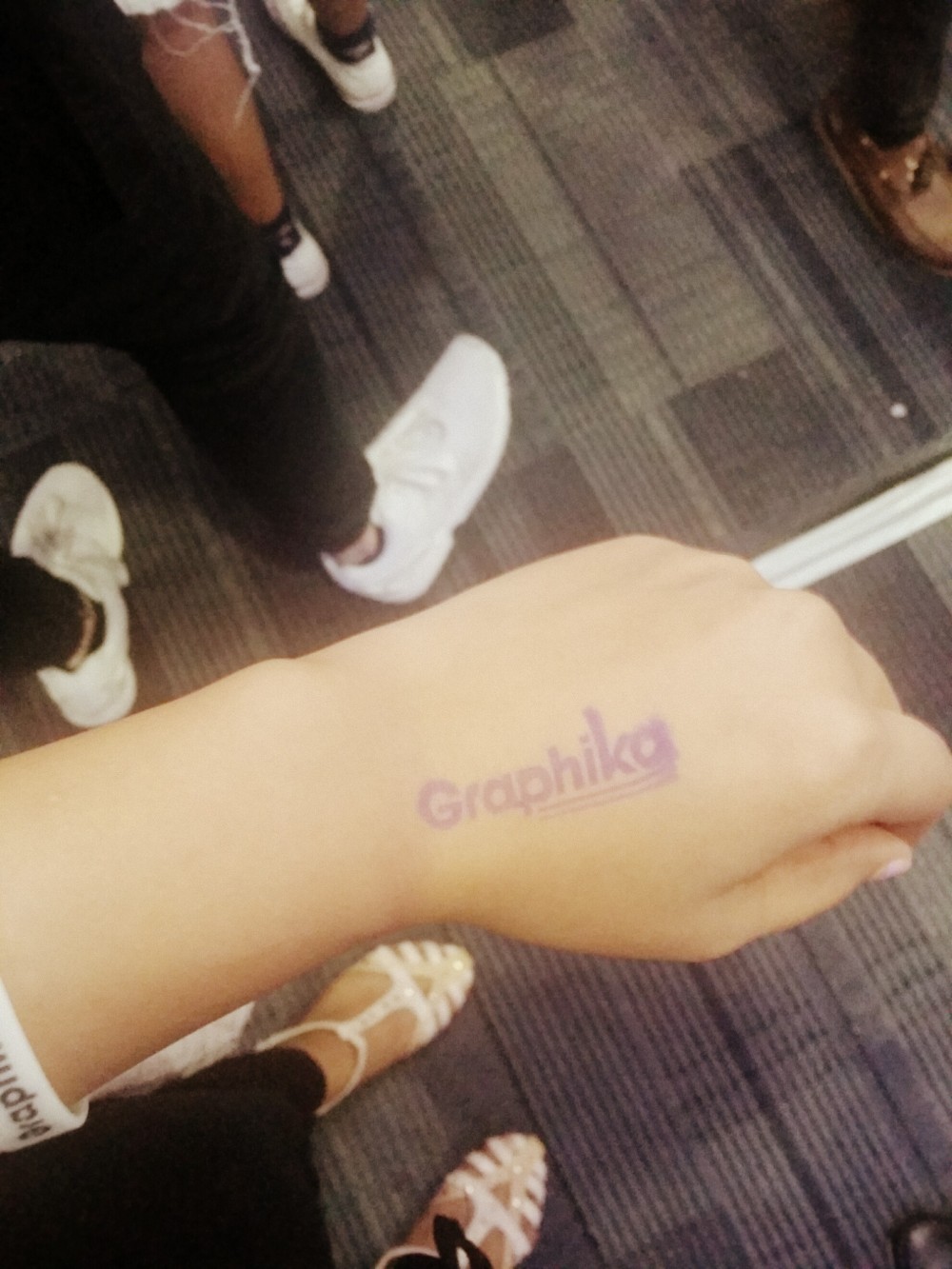 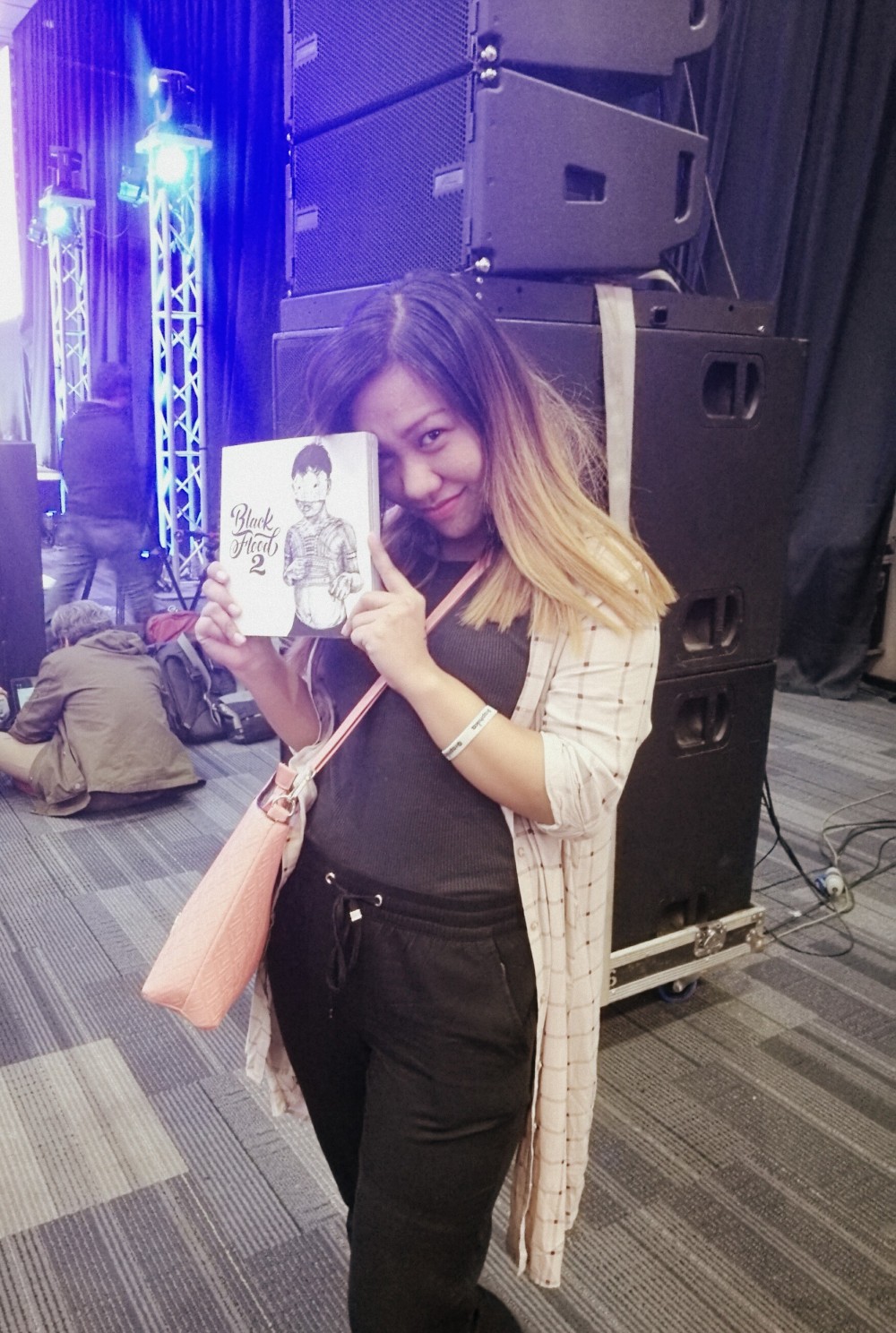 FRIENDS ON THE EVENT

I thought that I was going to be alone on the conference. It turns out that my friend, Nori, was joining. Catching up with an old friend is always nice, and I was glad to hear about his new career.

I also met Sab Diegor on the event. She created the cover for Woman Create’s 365 Wonders 2017 Planner. From one cover artist to another, it was really nice to finally meet her in person.

During the event, I was fortunate to have a newly found friend named Monica Luis Sanchez. She’s a Marketing Manager/ Creative Director/Blogger. You can visit her website here.  Who would’ve thought that a simple question of “Miss, may nakaupo na ba dito?” would lead us to sharing our design backgrounds, profession and love for Kdrama. hahaha

WHAT DID I LEARN?

Start small, keep on creating, when you make it big,  stay humble. I have a very good feeling about the positive effects of this creative conference to my well being. hahaha. Glad I attended Graphika Manila 2017 I hope to attend again next year and I do hope that there will be a female speaker this Graphika Manila 2018.

I do not own the blog cover header. The illustration is by Daryl Feril, Colored by Ena Beleno. Please visit his website at darylferil.com

Ena Beleno is multimedia artist based in the Philippines. She paints, designs, and illustrates. View all posts by ena beleno